Skip to content
Home/News/7000 Years of Trust
Previous Next

Why Is Trust Important?

Trust is essential to a societies prosperity. It is fundamental to economic coordination and underpins the way a society operates. If there is a lack of trust in society, transaction costs are high. There are many types of transaction costs that we incur when we enter into a transaction, and generally, one party always stands to gain more than the other if trust is violated. Therefore, the party that stands the most to lose will often expend resources to ensure that the other party does not violate the conditions of their agreement.

How Far Back Can We Trace Trust?

Trust comes in many forms. At its most basic level, it is just a shared protocol that is agreed upon by people within a society. We can trace documented trust as far back as 7000 years ago; however, our earliest example of a shared protocol comes in that of language. Humans first developed language between small, shared communities. It allowed our earliest ancestors to come to a conclusion as to who was doing what and how they were doing it. It allowed us to cooperate and work together to achieve shared outcomes. For the first time, humans could use a shared protocol to agree upon something. This ability to trust has endured through the ages; you can still see how people distrust one another when they do not use the same language.

As stated previously, there are many types of trust. Trust instilled by law, and the ability to enforce this law creates a significant trust source in today’s society. One of our earliest and most complete documented accounts of law was the Code of Hammurabi from Mesopotamia; it is believed to have been written between 1755–1750 BC. 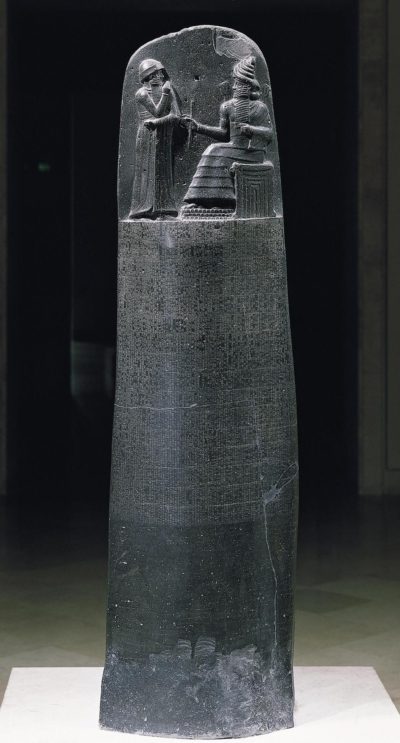 Mesopotamia is widely regarded as the cradle of civilisation and one of our first examples of people coming together in large numbers to settle and flourish in one area. Is it a coincidence that our first reference of civilisation had a documented and enforced protocol of trust?

The Code of Hammurabi gave the king authority to rule and enforce the law it dictated. Using this code, the Babylonian king Hammurabi united all Southern Mesopotamia under a shared set or standard of moral values, religion, class structure, and relationships. Whether right or wrong, the shared protocol created a level of trust within society that people abided by because there were repercussions if they broke the protocol. Today we still abide by the rule of law, and this creates a cohesive society. I trust that you won’t steal from me or kill me because they are forbidden within our rule of law.

However, there are still circumstances in which there is no protocol to dictate exactly how an agreement will happen. These are contractual agreements where several different factors and outcomes need to be taken into account. These situations are where lawyers need to be involved. Lawyers understand the protocol of law and are trusted to enforce that protocol. First world countries all have robust and structured law systems where many lawyers understand the protocol. This has allowed their countries to thrive and resolve issues of trust quickly at a relatively low cost. Douglass North, the American economist, published a book where he argued that “the inability of societies to develop effective, low-cost enforcement of contracts is the most important source of both historical stagnation and contemporary underdevelopment in the Third World.” Blockchains like Ethereum can enforce basic conditional agreements through code. Could they be the answer to unlocking massive economic potential in third world countries by providing a shared protocol of trust and the ability to enforce it?

Financial trust is also integral to a societies ability to prosper. If a society doesn’t have a robust financial system, it can severely impair its ability to create wealth and opportunities for all. The Code of Hammurabi, however, wasn’t the first way that trust was enforced in Mesopotamia. We can also track the first single-entry ledgers of Sumeria and Mesopotamia back 7000 years. 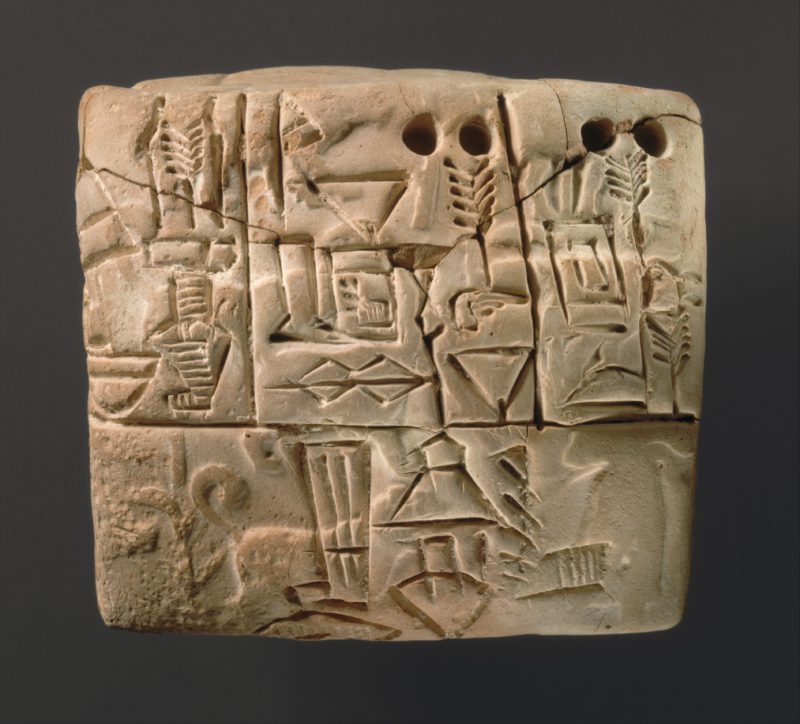 Being able to enter into a trusted exchange with another is also the essence of civilisation. When we create or produce things, we need to enter into an economic agreement to pass it on. We cannot do this unless we are able to trust each other to determine what we are owed. Ledgers permitted us to do this. They became the backbone of financial trust within society and allowed humans to coordinate their economic activities at a far greater level than was ever previously possible. Ledgers themselves, though, remained unchanged for thousands of years until the end of the 15th century.

During the Renaissance, the concept of double-entry booking was birthed. Most banks and businesses rapidly adopted the practice of the balanced based way of reporting their financials. By debiting one person’s account and crediting another, they created a payment system, or another protocol of trust. Since then, the world as we know it has been built and shaped by these centralised ledger keepers. A brand-based system of trust. It allowed our payments to reach further and facilitated a somewhat decent international system of cooperation. Yet, there was still one problem, centralisation. Not all trust is equal. Every society employs a different protocol of trust, and therefore every country must rely upon one another to enforce that trust to the same degree. When a centralised party controls the ledger, it opens up the possibility of manipulation and abuse. Unfortunately, this has happened far too many times. Is there a solution to this? Yes, there is.

When Satoshi Nakamoto proposed the idea of bitcoin, not only did he create the first genuinely scarce digitally native asset, but he proposed a whole new accounting system. He moved us from a brand-based form of trust to a maths-based trust system. Through maths and computer science, we can incentivise a decentralised community of peers to be the keepers of the ledger. A global, shared protocol of trust. When more people leverage the same protocol of trust, the opportunities for collaboration and growth are exponential.

Trusts protocols are fluid. They have constantly changed, and blockchains are the next step in their evolution. Whether you embrace it or not, it is up to you. Yet, this is our best chance to create a shared protocol where all countries and the citizens within them can independently agree on what is truth.